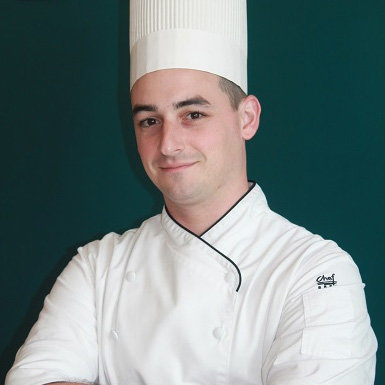 Chef Jorge F. Bartolomei was born on August 3, 1984 in San Juan, Puerto Rico. In 2005 completed his Bachelor’s Degree in Hotel & Restaurant Management from the University of Puerto Rico, Carolina Campus. At the age of 21 Chef Bartolomei moved to New York to study Culinary Arts at the Culinary Institute of America obtaining his Associates Degree in Culinary Arts in 2007. In 2007 Chef Bartolomei got the opportunity to work at the Four Seasons Hotel as a Line Cook.

Currently Chef Bartolomei holds the Position of Banquet Chef at The Sheraton Puerto Rico Hotel & Casino were he oversees all of the Banquet operations of the property. Chef Bartolomei believes that quality and simplicity is the key to success, sometime the simplest thing can create an everlasting memory within the culinary experience.