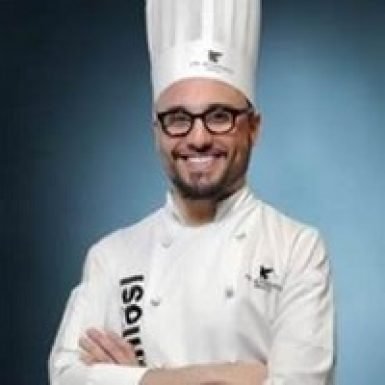 Marcelo Dante Filosi Bordenave was born in Montevideo, Uruguay on November 7, 1978; where he lived until the age of 20.

He comes from a family with a journalist background.  His passion for food started at an early age working at a restaurant owned by his professor, which took him to enter several culinary contests at a very young age that gave him the opportunity to travel to other parts of the world at the age of 20.

Dante has more than 20 years of experience in the culinary and hospitality industry. Prior to joining the Executive team at the San Juan Marriott, he served as the Executive Chef and Director of Food & Beverage at the JW Marriott Hotel Bogota in Colombia, where he oversaw four restaurants and outside catering. He also held positions at the Hotel Real Intercontinental in Guatemala, Renaissance Jaraguas in Dominican Republic, Costa do Sauipe Marriott Resort & Spa in Bahia, and the Renaissance Bahia Hotel in Brazil.

Dante Filosi started in February 24, 2017 as the Executive Chef and Director of Food & Beverage for the San Juan Marriott Resort & Stellaris Casino.   In his new role, Dante will build upon the Condado-based property’s ‘urban resort’ concept, further developing its locally inspired menus, while overseeing all culinary staff and ensuring consistent top-quality food and beverage standards throughout its two restaurants and Red Coral Lounge.

Dante was joined by his wife Diana Zapata and his loving dog Dylan, a Border Collie.