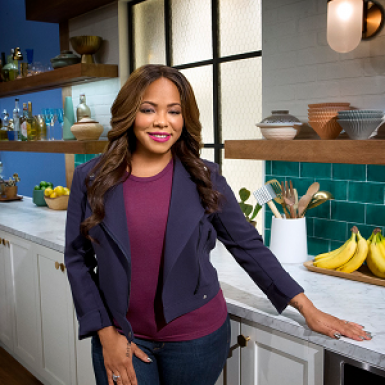 Tregaye Fraser, 33 (Atlanta), A seasoned chef who likes to twist old-fashioned recipes with her own unique flair, Tregaye has a passion for the untraditional. She learned the basics at Le Cordon Bleu, but she soon realized that her love for cooking came from her youthful soul and love for fusion cuisine. Chef Tregaye is a successful, self-employed mother who relates best to a younger generation.

Currently, Chef Tregaye is the newest member of The Food Network channel as the winner of Season 12 of Food Network Star. Chef Tregaye offers personal chef services, catering and cooking classes, as well as tv hosting. She is the first African American woman to win Food Network Star, two-time competitor of Cutthroat Kitchen and 3 time competitor of Guys Grocery games. Tregaye prides herself in being one of the main chefs for Piedmont Hospital Cancer Wellness Center teaching patients, doctors and their families, how to create Friendly meals as well as her charity work with saving our daughters. As well as her own charity “playing the game inc.”

Being a wife and mother, her passion is ensuring that parents learn fun ways for preparing their child’s favorite dish in a healthier, fun and exciting way; which is how she was able to capture the audience