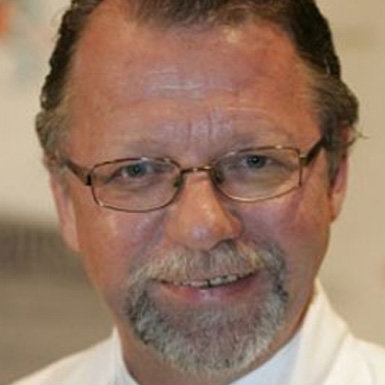 Austrian-born Augusto Schreiner began his culinary career at the renowned Café Glockenspile in Salzburg followed by the Schlosshotel Hellbrunn and Hotel Lohninghof at the ski Resort Zell am See, Austria. In 1969, he won both a Gold Medal and a Jury Grand Prize at the Austrian National Apprentice Competition, as well as, the Ehrenpreis from the Bundesministerium for Commerce and graduated with top honors from Salzburg Culinary School.

His first professional experiences include culinary positions at the Grand Hotel in Paris, Dusseldorf Hilton, Curacao Hilton and the Bogotá Hilton. In 1974, Augusto was transferred to the Caribe Hilton as Sous Chef. In 1978, he was promoted to Executive Chef of the Condado Beach – La Concha Hotel  and the Convention Center.  The same year, he was the Team Captain of the first Caribbean Culinary Team  to compete in New Orleans. The Puerto Rico Team won two Gold Medals, one for each hot and cold entrée, as well as, the Grand Salon Prize. As a result of the competition, the City if New Orleans made Augusto an Honorary Citizen.

In 1979 he won a Gold Medal for his hot entrée at the Culinary Contest in Ocho Rios, Jamaica. In 1984, Augusto was again Team Captain for the first Caribbean National Team to compete in the Culinary Olympics in Frankfurt, Germany where they won Gold. In 1984 he was the Executive Chef  tapped for the State Dinner during the Royal Visit of the King of Spain. In  1982, he became the Executive Chef  of the Caribe Hilton where he remained until September 1988, when he opened his own Restaurant Augusto’s Cuisine.  By the first year, Augusto Cuisine won the Silver Fork award presented annually by the readers of El Nuevo Día Puerto Rico largest newspaper. Every year since 1990 until year 2000 the restaurant won the Golden Fork Award and then in 2001 until it was sold he won the highest honor the Platinum Fork.

As a member of the Chaine des Rotisseurs, He is a Grand Officer Maitre and The Conseiller Culinaire Provinticial and Atlantic Caribbean Islands Commandeur. The Wine and Food Society of P.R. awarded him the prestigious André Simon Award and the International Bacus Society, The Cordon Blue Award. As a member of the Puerto Rico Hotel & Tourism Association, he represented Puerto Rico at the James Beard House in New York and at the Food and Wine Classic in Aspen.

Augusto is a member of the American Culinary Federation. As a member of the Caribbean Hotel Association he is a Certified Culinary Judge, Johnson and Wales presented him with a distinguished Visiting Chef in 1999.

The Senate of Puerto Rico in 2003 presented him Resolution #3273, for his contribution to Education and Development of the Culinary Arts in Puerto Rico.

He is an Advisory Board Member of the International School of Tourism and Hospitality at the Universidad del Este and Ex-Officio Member of the Scholarship Foundation for studies in Hotel and Tourism and Director of Caribbean Culinary Consulting.

Chef Augusto is the Chief of Operations of the ALO Demo Kitchen Theater at Saborea Puerto Rico.