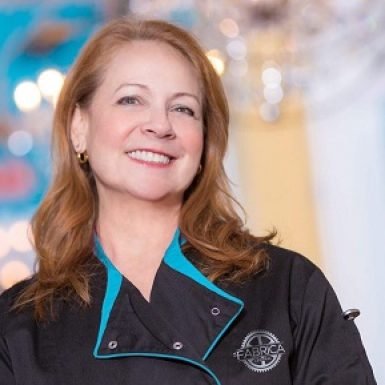 Chef Giovanna Huyke, is an international culinary leader, she is also called the “Julia Child of Puerto Rico”. She is widely credited with leading the transformation of Puerto Rican cuisine, blending the use of local ingredients with traditional cooking methods, and revolutionizing the trend toward lighter and healthier cooking, without sacrificing flavor.  Chef Huyke has published six cookbooks and 20 recipe booklets showcasing her culinary creations.

Some of her many recent accomplishments include:

•           Served as culinary ambassador from Puerto Rico to Japan, sponsored by the Puerto Rican tourism bureau

Chef Giovanna Huyke began her career in theater, obtaining a Bachelor’s degree in Dramatic Arts at Tulane University.  While in New Orleans, she worked in Paul Prudehomme’s Louisiana Kitchen and as an assistant to legendary Lee Barnes, and then moved on to NYC to work with renowned chef Felipe Rojas Lombardi where she learned the importance of “what one can aspire to.”  Chef Huyke then returned to Puerto Rico and worked at the Caribe Hilton for one year, after which she was the first chef at AmadeusRestaurant in Old San Juan, where she pioneered “nouvelle criollo”, which consists of native ingredients and recipes with classic techniques.  Chef Huyke was also the executive chef at Ali-Oli, founded by one of her mentors, Alfredo Ayala.  Chef Huyke also founded Don Juan in the El San Juan Hotel and Giovanna’s Café.