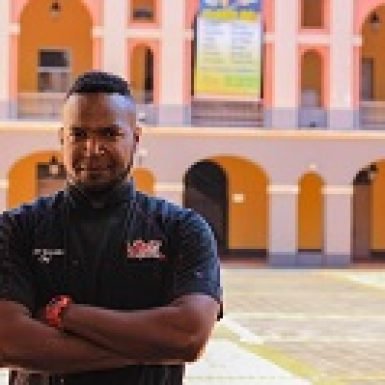 Chef Gonzalez pursued his dream of becoming an artist and began studying plastic arts during his high school years; it wasn’t until his senior year that he decided to enroll at the Universidad del Este and acquire a bachelor’s degree in Management and Culinary Science Arts.

Recently, Chef Gonzalez was the winner in the senior category of the Plaza del Caribe Culinary Cup.

According to Chef Gonzalez, Latin Flavor’s is the mode of how he expresses his passion for gastronomy. It’s the way he articulates and forgets everything around him. Each of his dishes will have some color representing curiosity and the desire to impress.